The energy group MVV Energie CZ plans to increase the number and volume of projects reducing the energy consumption of buildings, so-called Energy Performance Contracting (EPC), in the next period. The energy services division in charge of this type of procurement has therefore grown significantly. Two leading figures in the domestic energy saving industry are now working in it - Ivo Slavotínek and Valentýn Avramov. Both were involved in the largest successful EPC projects carried out in recent years in the Czech Republic.
Most recently, the division has won two public contracts for EPC projects at Kosmonosy Psychiatric Hospital. The project in Sadská is worth CZK 17.3 million while the comprehensive EPC project in the main Kosmonosy area is worth CZK 92.8 million.
The Kosmonosy project is a comprehensive action focused not only on the technological side, but also on construction measures such as insulation or window replacement. The two new projects for the hospital in Kosmonosy complement three EPC projects currently under implementation for the city of Chabařovice, the building of the ČSÚ Regional Directorate in Brno, and the Janské Lázně State Medical Spa complex.
"We are among the longest-active companies providing EPC services on the market. With the expansion of the team, our range of services has become more comprehensive and at the same time we are ready for a multiplier effect in the number of orders and their size. We are responding to the sharply growing customer demand for energy savings," says Jörg Lüdorf, Chairman of the Board of MVV Energie CZ a.s., according to whom this type of service will make up an increasingly significant share in the group's total sales.
Thanks to new experts, the Energy Services Division has been strengthened mainly at the level of technology, project activities and the implementation phase. As a result, it can meet new demands from industrial companies or MVV's subsidiaries. There are fourteen of these, with a number of customers who would welcome or are already planning a decrease in the energy consumption of buildings in their ownership or administration.
The expansion of the EPC expert team also enables the development of completely new activities. These include, for example, the technical and energy improvement of buildings at the level of construction and technology, the implementation of the Design & Build method, adaptation to increasingly stringent ESG conditions (environmental, social and corporate governance), or advice on subsidies and the financing of EPC projects. 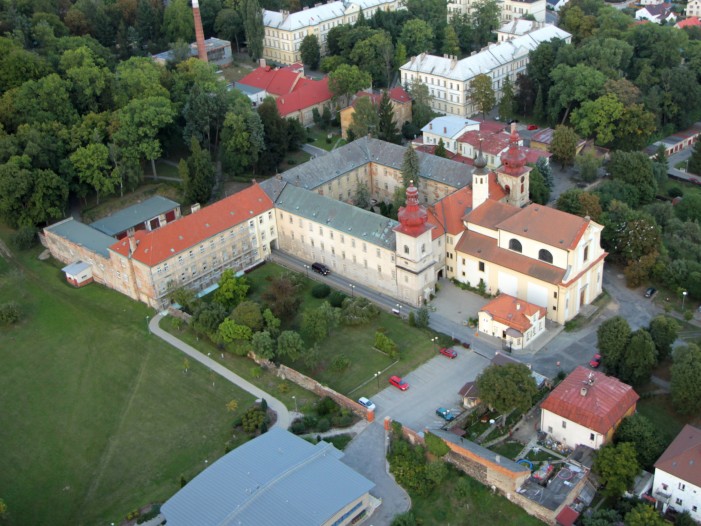 Ivo Slavotínek studied economics and energy management at the Faculty of Electrical Engineering of the Czech Technical University in Prague. In 1993 he was a co-founder of EPS ČR s.r.o., and in the following years significantly contributed to the development of the energy services market in the Czech Republic. He remained in the position of the director of EPS ČR s.r.o., which was later renamed MVV Energie CZ s.r.o. with the change of majority owner, until 2005. From February 2006 he worked in the company ENESA a.s. Under his leadership, ENESA has become the market leader in the provision of energy services, especially with guaranteed savings (EPC). Ivo Slavotínek is a founding member of the Association of Energy Managers. He has been its chairman for 10 years, since its inception.

Valentýn Avramov is a graduate in thermal energy equipment at the Faculty of Mechanical Engineering of the Czech Technical University in Prague. He started his professional career at EVČ s.r.o as an energy systems designer, followed by a position as chief project engineer, specialist in energy saving projects and energy concepts. Since June 2006, he has worked at ENESA a.s., first as a project manager, then as a construction implementation director, technical director and vice-chairman of the board. His most important EPC references include: The National Theater in Prague, the Czech Philharmonic Orchestra in Prague (Rudolfinum), the Estates Theater in Prague, the Prague Congress Center, and the Prague State Opera.

The MVV Energie CZ energy group consists of fifteen companies operating in fifteen cities in the Czech Republic. The parent company is MVV Energie CZ a.s., which was founded in October 1993 and since 1999 has been a subsidiary of the German energy group MVV Energie based in Mannheim, Germany. The three main pillars of the MVV strategy are the production and distribution of thermal energy, combined high-efficiency electricity generation, and waste-to-energy. MVV has been implementing energy saving projects, especially the EPC method, since 1993 as one of the first in the Czech Republic. The total savings of MVV customers within EPC projects for schools, sports facilities, hospitals, cultural centers, manufacturing and non-manufacturing companies amount to 1.1 billion crowns.