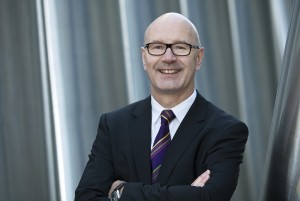 Mr. Jörg Lüdorf (56) has been appointed Chairman of the Board of Directors of the Czech energy group MVV. Jörg Lüdorf has spent more than 20 years managing international companies and drawing on experience in energy, facility management, services and insurance. He has worked in the management of companies in Germany and abroad, including Eastern European countries as well, such as the Roland insurance group, EnBW, EDF and b.i.g. Since January 2015, he had been the Sales Director of the German sister company beegy GmbH. The appointment of a second member of the Board of Directors will soon be decided.

„I would like to thank both colleagues for their long-term contribution to our group and wish them many successes in their further career," said Ralf Klöpfer, Chairman of the company's Supervisory Board.

The energy group MVV Energie CZ comprises fifteen subsidiaries and operates in fifteen towns throughout the Czech Republic. The group's parent company is MVV Energie CZ a.s., which was established in October 1993 and since 1999, the company has been a subsidiary of MVV Energie, a German energy group, based in Mannheim, Germany. The three main pillars of MVV's strategy are the production and distribution of heat, combined high-performance electricity generation, and waste to energy production.